Every November and December is the traditional shopping season in the United States. “Black Friday” is the most crazy day for Americans to shop during the year. The store staff used the name Black Friday to ridicule, saying that this day will be very busy. And do you have something want to buy?

The term “Black Friday” originated in Philadelphia. In the 1960’s, police in Philadelphia griped about the congested streets, clogged with motorists and pedestrians, calling it “Black Friday.” In a non-retail sense, it also describes a financial crisis of 1869: a stock market catastrophe set off by gold spectators who tried and failed to corner the gold market, causing the market to collapse and stocks to plummet. 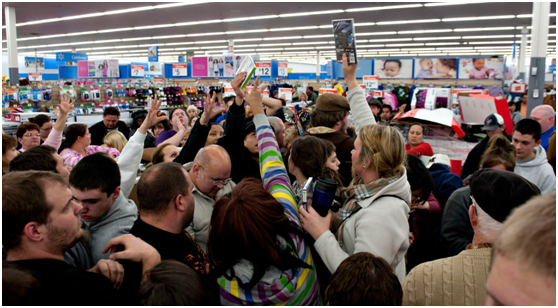 And why is it called the Black Friday?

The term “Black Friday” (in the retail sense) was coined in the 1960s to mark the kickoff to the Christmas shopping season. “Black” refers to stores moving from the “red” to the “black,” back when accounting records were kept by hand, and red ink indicated a loss, and black a profit. Ever since the start of the modern Macy’s Thanksgiving Day Parade in 1924, the Friday after Thanksgiving has been known as the unofficial start to a bustling holiday shopping season.